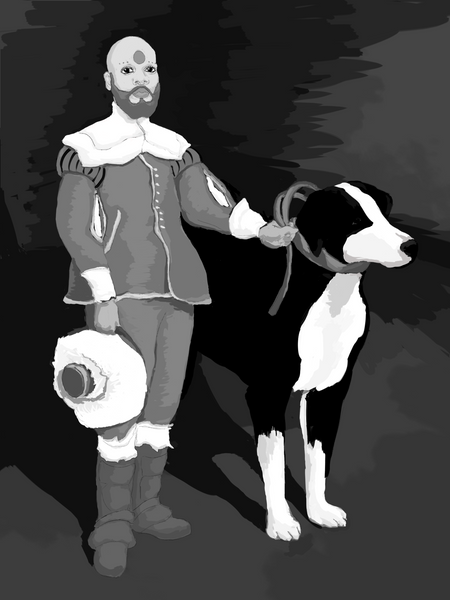 Who is serpentwithfeet? We'll tell you

The words ‘serpentwithfeet’ and ‘boring’ will never be used in the same sentence. From his carefully curated wardrobe to his daring and eclectic looks, interests and personality, the words ‘serpentwithfeet’ and ‘slay’ are uncanny twins that will never stray from each other. So we know a lot about him, but do you? Here are some quick hits to get you just as buzzed about him as we are.

1. He's extremely passionate about his music.

a year ago today 🌻 my debut ep "blisters" was released... 🌻 and it has been a behemoth of a year... 🌻 mostly because you have shown me that i get to be the petty-teary-eyed-church queen that i always dreamed of !! 🌻 you have given me the real estate to take up space without apology. 🌻 & most importantly. you made this ep real. 🌻 im so happy to keep this conversation going. 🌻 ...happy to keep talkin bout how we can be our softest selves. but also praying the ground rumbles when we walk.🙈🤔 🌻 im gonna keep consulting mama brandy & mama toni morrison. and we can keep our talks in the living room. soooo STICK WIT ME , boo !! 💕⚡️💜


Coming from a choral background in a religious family home, he was raised in the realm of classical music and jazz. This reigns clear in most of his music such as "four ethers" and "cherubim".


2. His take on love is incredibly relatable to everyone, in the sense of the words crazy, passionate, confusing and endearing.

today marks two weeks that my song “cherubim” has been out !!! 🙌🏾💎🤸🏾‍♂️ . . . im praying yall have been makin space in your home for this Brother-Husband Worship. . . . find the video on youtubes. find the song on all streaming platforms. 🧞‍♂️🧚🏾‍♂️💇🏾‍♂️🧖🏿‍♂️


Want to know why? Go to whatever streaming platform you use and press play on his very first track on soil. Listen from front to back and then repeat. Thank me later.


3. The name serpentwithfeet is his little mantra.

my debut album ‘soil’ is OUT NOW ! me & my Drama Pom 📸’d by : Amelia Holowaty Krales for @verge


In an interview with Highsnobiety, he claims his name is his little mantra, meaning to be fluid but grounded. And the lowercase in "s"? Just a small subtlety of being aggressively passive ;)


4. He gives us slippery pastor vibes all day.

still giving you slippery pastor. . . in a lil behind de scenes moment from my shoot for @thetravelalmanac (which im on the cover of) . . 👔 : @clare_byrne 💄 : @raisaflowers


Another day, another casual attire from serpentwithfeet. We're here for it.

& i pray you are joyously planning a way to get chur tickets to one of the shows on my ADULT STORYTIME TOUR. . . . it starts next week in Iceland. see you soont ??! . . . styling : @eddagud photo : @ashkingston


Although he came from a religious background, he believes in resonating with the grounded world that he lives in and acting on primal instincts that are physical such a tattooing, making love, or drinking water, according to his interview with Highsnobiety.

casually posting a current moment from my quixotic lil’ ADULT STORYTIME TOUR. and a flashback moment from tour last summer when i was a hairless cat daddy. . . . as i wait wif bated breath for my debut album “soil” to drop on June 8th , im reminded that self-love means allowing myself to wonder & wander. with that said. i have some cute news to share. . . . today , it has been announced that i’ll be performing at Royal Albert Hall (in London) for the BBC Proms on August 8th. . . . it’ll be my first time performing with an orchestra. so of course im already thinkin bout what me & Brandy Doll are gonna wear. . . . big thanks to the conductor @julesbuckleymusic for inviting me to perform with the Heritage Orchestra ! im really looking forward to this.


His toys and dolls all have names and personalities. One, in particular, is Brandy, who's gone to every studio session for soil, his first ever full-length album that was released May 8th in collaboration with Secretly Canadian, The War On Drugs' label and Tri Angle.


How beautiful is that? In his recent coverage on FADER, Bjork describes serpentwithfeet's voice as "one of the most emotionally generous singers. I just find [his music] so moist and vibrant to listen to.” Not to mention Bjork's "Blissing Me" serpentwithfeet remix is drop dead gorgeous.


8. But not just Bjork is obsessed with him, so is Florence Welch (Of Florence & The Machine)

thank you @florence + the Machine for having me as your opening act again last night. me & my Drama Pom had a blast ☺️💡🎉 💛!! . . . also counting down to June 8th - cuz thats when my debut album- ‘soil’ - will be out. just in time for the summer spiral !!


serpentwithfeet opened for Florence & The Machine for a couple shows. And with personal experience, whatever Florence touches turns to gold, i.e. saw The Weeknd open for Florence at shoreline a couple years ago, and well, you can fill in the blank for his unbeatable career.


9. He promises you will want to see him live.


10. But if there's anything you can take away from my rambles, it's that his voice is a godsend and if you don't agree, that's ok, but just know that over 150,000 Monthly Spotify listeners disagree with you.