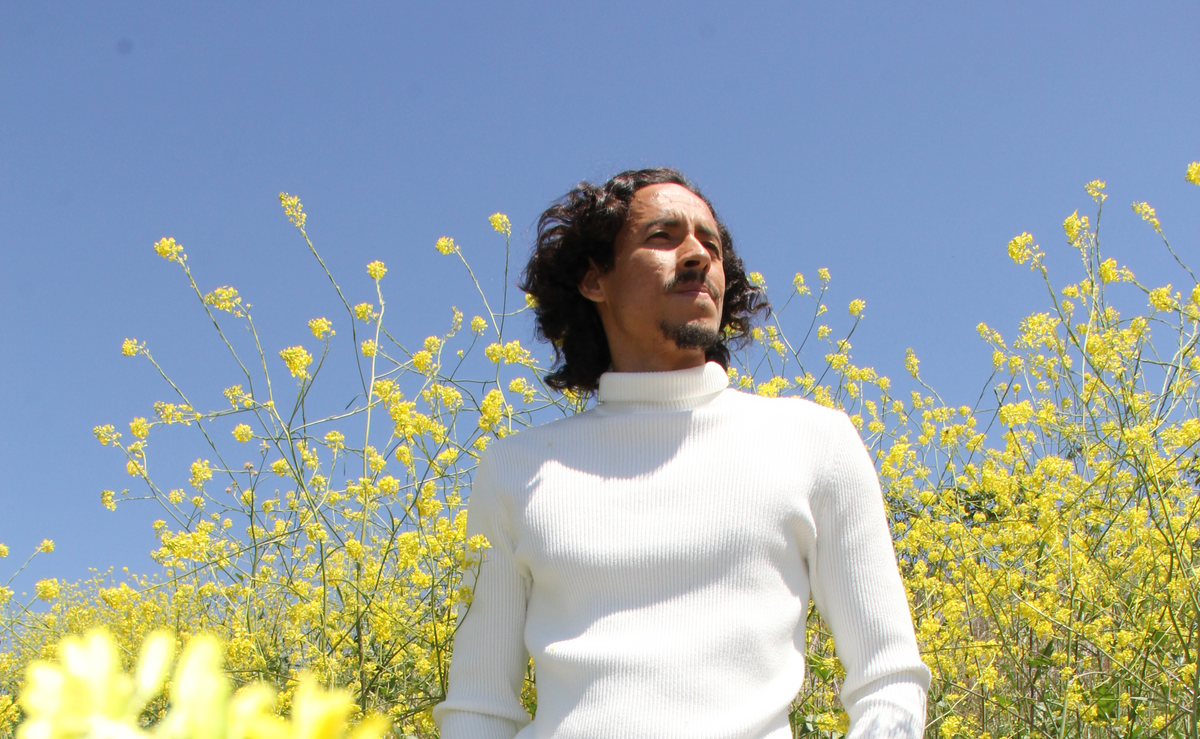 From fronting the psychedelic latin soul band Chicano Batman for the last decade, to starting his own record label Yemayá Sol Records last year, Bardo Martinez is a force to be reckoned with. Now he is ready to share more of himself as a singer, producer, and composer than ever before.

Along with still being a core part of Chicano Batman, who are currently recording an album and will be performing at Outside Lands later this month, Martinez is also working on releasing his own solo music.

“Essentially I am the frontman in a different way than I am in Chicano Batman… With my own group I have a lot more control with what I’m doing,” Martinez said candidly. “It’s more of my own vibe in terms of how I want music to sound and what I’m trying to express with lyrical material. It’s more about my own personal experience.” 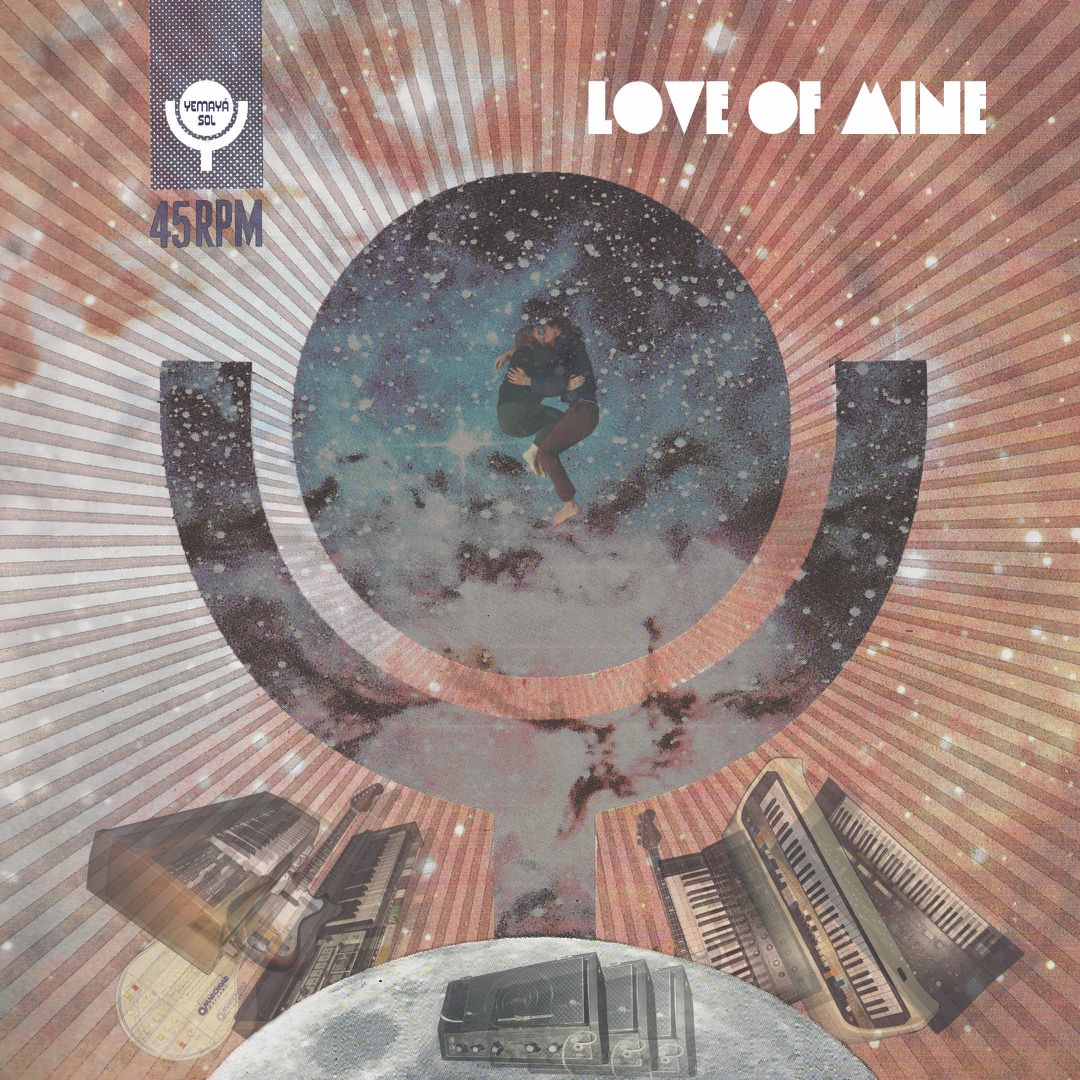 His debut single “Love of Mine” focuses on the learning process of being a traveling musician and staying true to those you love. The tune features a simple breezy guitar melody, sprinkled with synthesizers, and proclaims Martinez’s love for his wife as he sings, “There is no other / you’re my only lover / all I want to do is be in your embrace.”

“As a musician, I think making that statement is a profound one,” Martinez said. “When you’re out in the world, traveling everywhere, it’s tough in many different aspects. You don’t see your family for a while. You leave your daughter with your love. You leave your family. So that trust that you establish is very important, so that declaration was very important to maintain that trust between me and [my wife].”

Martinez notes that the writing process, and the way songs transform from start to finish, is significantly different between being solo and working with three other members in Chicano Batman. “[The solo stuff] is totally at my control… I have complete control over the music that I make; I can chop it up however I want, I can move this or that because I have the tools to do it. I don’t have to ask anybody except my wife for feedback. If she doesn’t like it, I don’t put it out.”

Martinez emphasizes that even if you’re just making music on your own, it’s still important to get feedback from people who are close to you.

There’s something powerful in being the sole producer of songs, tracks, or albums, according to Martinez, because you are totally in control of making people feel a certain way when they listen to your music.

“I’m really just trying to make my music my vibe. And for me it’s important to have that outlet as a person, and especially as a musician. You want people to be able to feel you,” Martinez said. Obviously with music being the best platform for expressing yourself and who you are, if you have your own platform to do what you do, then there’s nothing better than that. It’s actually very satisfying to be able to put out my own music and to do my own thing.”

He also acknowledges that being a lead singer of a band while also working on solo stuff puts him in a strange position, leaving fans of Chicano Batman speculating at times.

“We are still pushing forward together, but it’s a different relationship,” Martinez said. “I know when I’m working with Chicano Batman, and my three other brothers in the band, I still bring songs to the band that I write, but I know that they will interpret what I’m doing in different way. They’re also going to bring something beautiful to the table to these songs that I wouldn’t bring to the table to a particular song. It’s just a different way of making music, that’s all it is.”

Two other members of Chicano Batman, including bassist Eduardo Arenas and drummer Gabriel Villa, also have musical side projects of their own. The band openly discusses these ventures and understands they actually create connections rather than chasms.

“People perceive genres as [being] limited. People still have these paradigms that they connect with styles. Like if you do hip-hop then you’re black; if you’re doing cumbia then you have to be this or that. The reality is that these rhythms, etcetera, and styles are more alike than you think.” 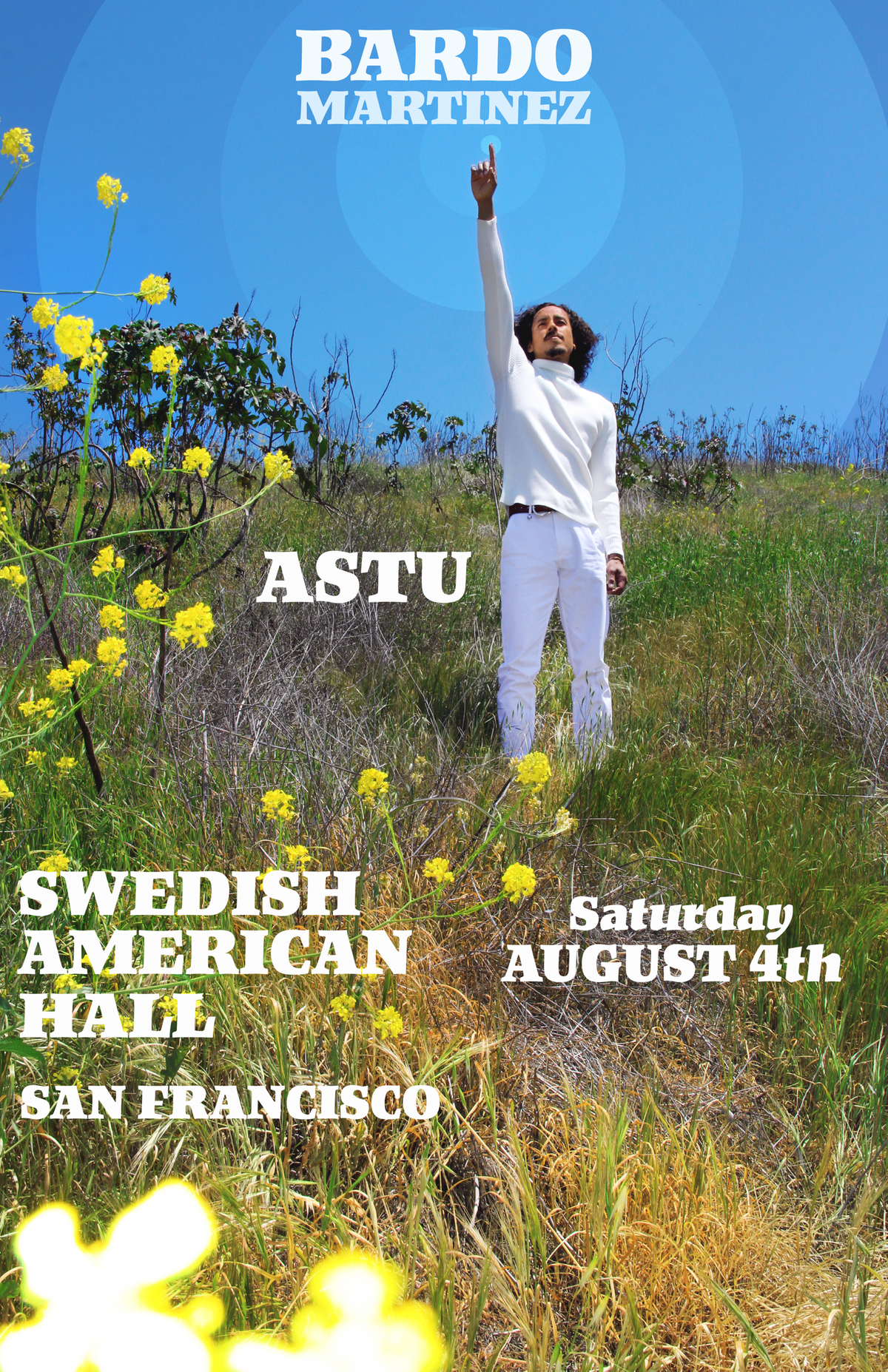 Bardo Martinez will be performing a full set of new songs at Swedish American Hall on August 4th. The band performed the new solo tracks once before during a two-night debut in Palm Springs at the Ace Hotel pool, and “the vibe was amazing.”

“People at first were skeptical, and I feel that maybe they had the same question that you have in mind: ‘how is this different?’ but we had them going. The songs, the vibes, brought ‘em in and it was great! It was super dope! And I’m just looking forward to playing more shows ‘cause it’s fun, it’s great. That’s all I got to say. It’s fun, come out, buy your tickets! Let’s roll because we are definitely going to light it up!”

You can grab your tickets now at noisepop.com.